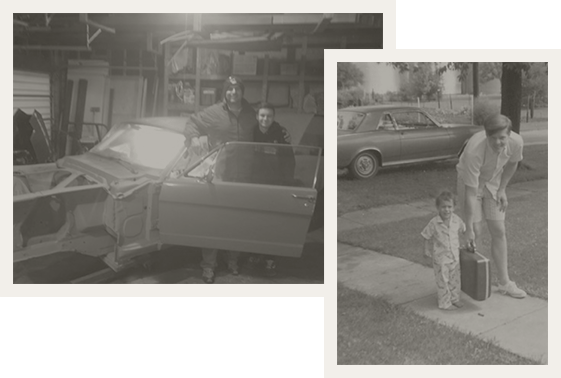 Seth Burgett’s passion for Fords started at an early age when he participated in his first barn find at the age of 9. When Seth was just 12 years old, he started a small engine repair shop in his family’s shed, which became wildly successful. These early childhood experiences sparked Seth’s interest in mechanical engineering and fueled his entrepreneurial spirit.

Seth Burgett has been consistently involved in production during his career, starting in low-volume military aircraft and medical devices to high-volume automotive and consumer electronics. By combining his production background with his lifelong car knowledge and passion, he’s changing the way trucks are being restored and now building modernized Vintage Broncos the way Henry Ford envisioned – on a production line.

Ask Seth about how Gateway Bronco took over the stewardship of the classic Ford Bronco known as an absolute unique and historic vehicle. And get him to talk about the first Ford Bronco.

In 2008, Seth founded the sports headphones company, yurbuds, which was named “Forbes Ninth Most Promising Company in America” and grew faster than Under Amour or Go Pro in its first five years. He sold yurbuds in 2014 and now, the serial entrepreneur has returned to his car-loving, engine-building roots with the launch of Gateway Bronco. Today, Seth is searching the back roads of America and building one of the largest original paint and historic Bronco collections in the nation.

Seth is a member of the Shelby American Automobile Club as well as the owner of a 1967 Shelby GT350 barn find and a 1967 GT500. He is an Ironman triathlete, adventure racer, mountain biker, and endurance barefoot water-skier. He lives in the St. Louis area with his three active children and wife of 20 years.

Let’s Take A Ride Together

Stay up to date with our latest builds, For Sale Inventory and more.